Welcome to our new Rector 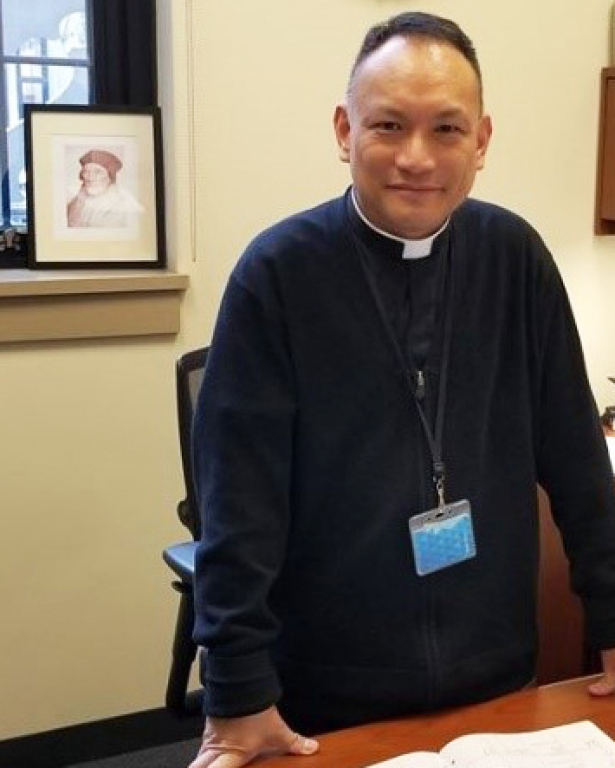 We are delighted to welcome our new Rector, Father Ramil Fajardo who began his ministry at the Shrine on July 1, 2021. Fr. Ramil is a well respected priest in the Archdiocese of Chicago with an impressive background and keen knowledge of our Missionary Sisters and their mission here at the Shrine.  He came to know our Sisters during his first assignment at St. Clement Church in Lincoln Park where they attend daily Mass.

He was ordained May 22, 2004.  Following his assignment at St. Clement, Fr. Ramil returned to St. Mary of the Lake to pursue advanced studies in Sacred Theology.  In 2010, he went to Canada to study Canon Law at Saint Paul University of Ottawa, Ontario and earned a Canon Law Licentiate.

On January 15, 2013, Fr. Fajardo joined Holy Name Cathedral and began his duty as a judge of the Metropolitan Tribunal.  In July 2017, he received additional duties as Director of Liturgy and Cardinal’s delegate for Saint James Chapel and the Archbishop Quigley Pastoral Center.

We look forward to working with Fr. Ramil as we progress and move into the future with his leadership and vision.  The Shrine’s Executive Director, Sister Bridget Zanin, MSC,  and Father Ramil will be diligently working on a new schedule of Shrine events, including confessions, adoration, and other formational programming.

We invite you to The National Shrine of Saint Frances Xavier Cabrini where Fr. Ramil will celebrate Mass on Saturday at 4:00pm and Sunday at 10:00am.