Mother Cabrini, a missionary woman religious, helped shape America’s social and health care system in the early twentieth century, having a profound effect on Chicago. Mother Cabrini came to Chicago in 1899 and opened the Assumption School and then Columbus Hospital. She was devoted to taking care of the poor, immigrants, orphans, women and children. Chicago was the city where Mother Cabrini lived, worked and later died. We celebrate her life by providing this spiritual sanctuary at The National Shrine of Saint Frances Xavier Cabrini. 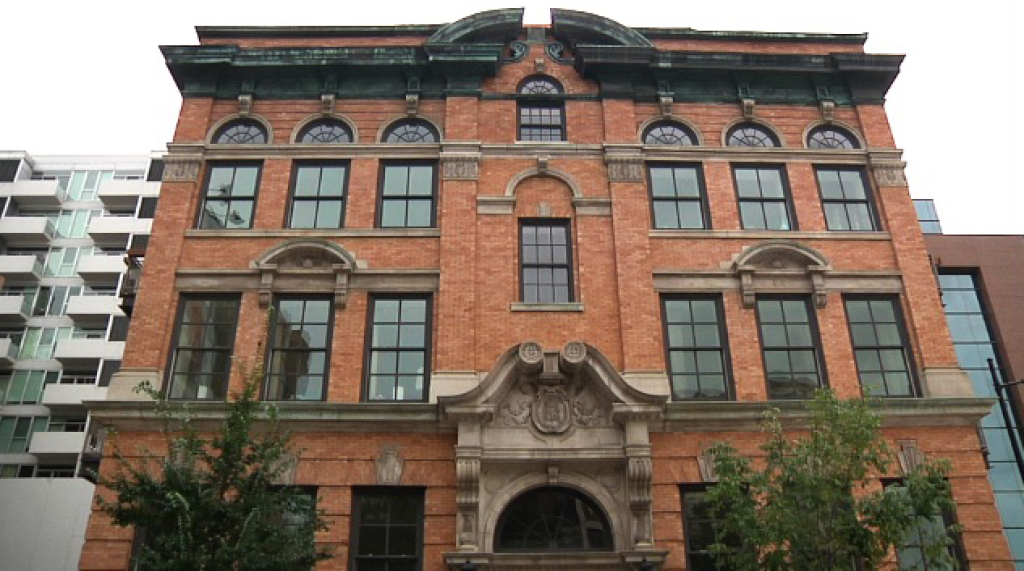 Within a few years of her arrival, in 1899, Mother Cabrini established Assumption School, the first Italian school in the city. The parochial school was also part of the parish church where she worshiped, Assumption Church. The School was staffed by the Missionary Sisters of the Sacred Heart of Jesus. It served the neighborhood’s Italian speaking community until the 1940’s.

The school was always tuition free for its nearly 700 students. Mother Cabrini and the Sisters worked hard to keep it that way, often by begging for funds from the neighborhood. She also had to struggle with Italian Community leaders to keep the school bilingual. She felt strongly that for Italians to succeed in America, they would need to speak English. 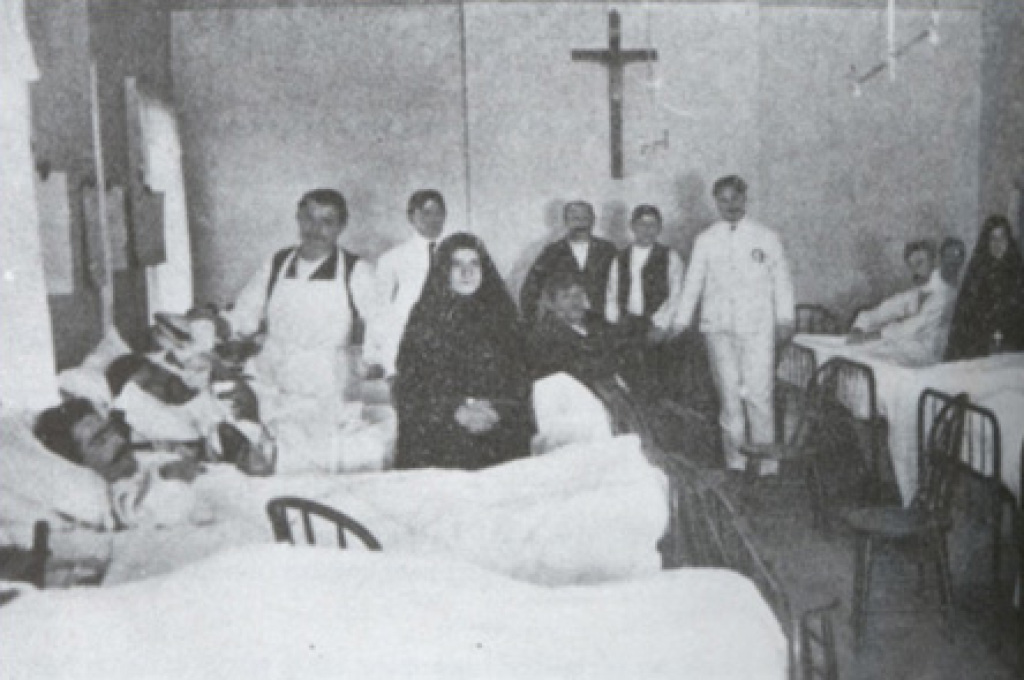 After founding Columbus Hospital in New York to serve the large population of poor Italians who had emigrated there, Mother Cabrini traveled to Chicago with the intention of building an orphanage. But Bishop Quigley urged her to build a hospital on Chicago’s north side instead.

Mother Cabrini soon found a suitably sized building in Lincoln Park, a former hotel with over 100 rooms. However, they could not afford to buy it outright. But they trusted in God’s providence and went forward anyway, making sure that the hospital had the best doctors and facilities possible.
She named the new facility Columbus Hospital after Christopher Columbus, who was a source of great pride for the Italian community. But soon she would come under criticism, because about 3/4 of the hospital’s patients were well-to-do local residents, while only about 1/4 were underserved Italian immigrants. 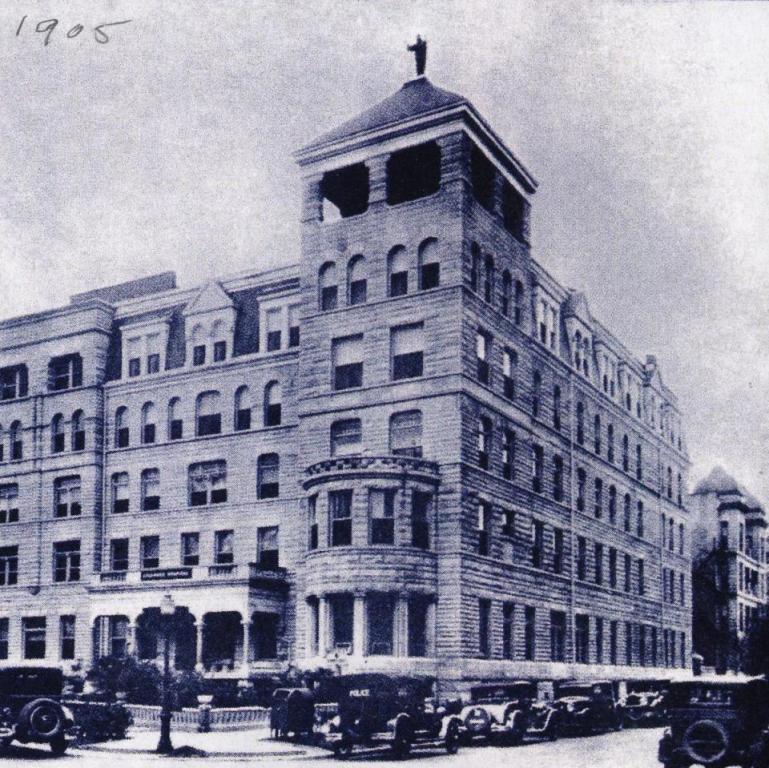 Mother Cabrini moved forward however, as she had an even bigger plan in mind. Five years later, she founded the Columbus Extension Hospital in a low-income Italian neighborhood on Chicago’s west side. Surplus funds from the original Columbus Hospital supported this new hospital, which offered full healthcare services to the mostly poor immigrant community. This resourceful financial template would prove to serve the Missionary Sisters well in the years to come.

Years after Mother Cabrini’s death, the Missionary Sisters operated Cuneo Hospital on the west side of Chicago. These three hospitals (Columbus-Cabrini-Cuneo) became known as the “Three C’s," which became part of the Catholic Health Partners in 1995. 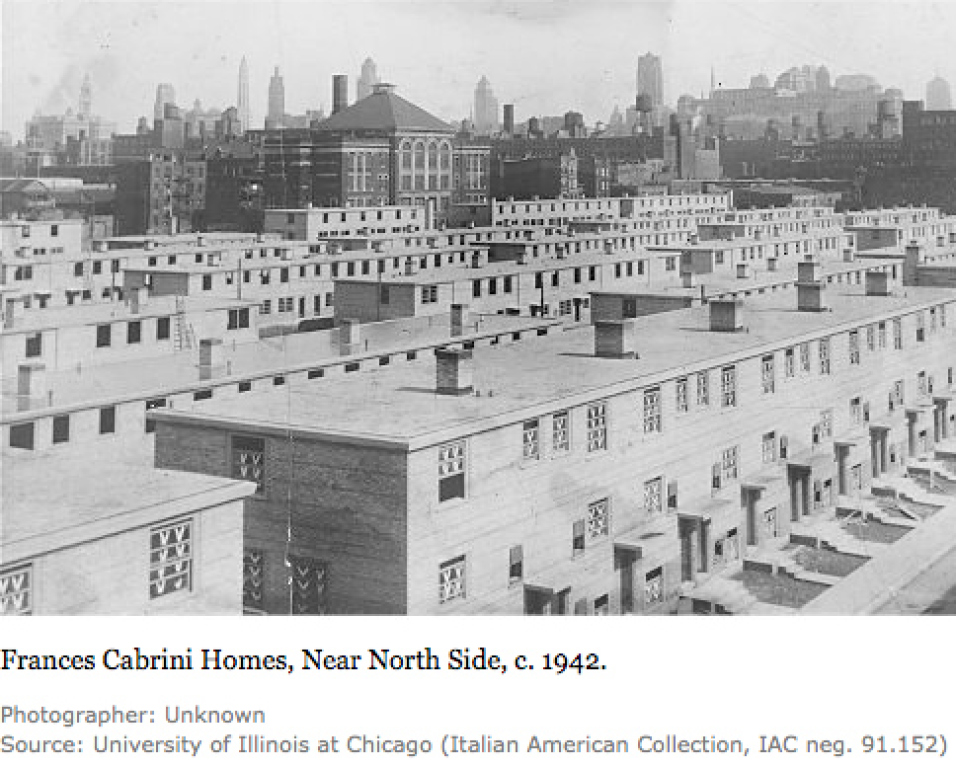 The History of The Cabrini Green Homes

The story of the Cabrini Green housing development is an interesting one. In 1942, years after Mother Cabrini's death, the Cabrini Townhomes were built in her honor because they were the kind of style that Mother Cabrini would have found most appropriate. They were low rise buildings meant for low income families built historically in a predominantly Italian neighborhood. This style of close communal living is how she modeled many of her missions. It is  doubtful she would have approved of the cramped lifestyle offered by the high-rise buildings which came later, north of the Cabrini Townhomes, which later became known for their high crime rate.  Those buildings are now all gone.