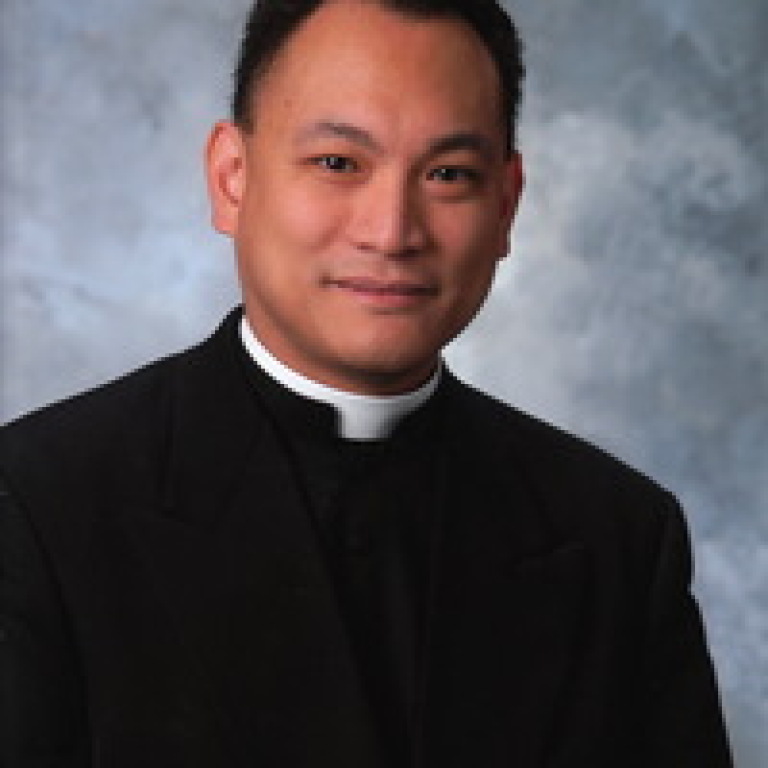 When I was entrusted with the pastoral care of the National Shrine of Saint Frances Xavier Cabrini by Blase Cardinal Cupich on 1 July 2021, I made a promise to not only fulfill my duty of serving the Missionary Sisters of the Sacred Heart of Jesus, the mission entrusted to them by their Foundress, and their apostolate of the shrine, but I also pledged to unite our evangelization participation with the Archdiocese of Chicago’s Renew My Church efforts, by collaborating with Bishop Mark Bartosic of Vicariate II, if and whenever possible.

In light of the Cardinal’s exhortation and after some time in prayer, I requested him to petition Mauro Cardinal Piacenza the Penitentiary Major of the Apostolic Penitentiary of the Holy Roman Church for a Declaration of a Jubilee Year - to be declared in the name of our Holy Father Pope Francis - in Honor of the 75th Anniversary of the Canonization of Mother Frances Xavier Cabrini on 7 July 1946, the First American Citizen Saint. This special year will begin on Saturday November 13, 2021 and conclude on Sunday November 13, 2022.

Attached is the signed Petition from Cardinal Cupich, the original of which was forwarded to Rome via the Papal Nuncio to the United States Archbishop Christophe Pierre.

Along with the Plenary Indulgence requested for those pilgrimaging to the Shrine during the Jubilee Year, we have the great honor and privilege to acknowledge the generous gift from a Benefactor of a statue of Mother Cabrini to be installed in a prayer garden at Holy Name Cathedral in October 2022. Plans are underway to accomplish this great gift at the cathedral campus. Thus, the Plenary Indulgence can also be gained by pilgrimaging to Holy Name Cathedral, a place where Mother visited and worshipped.

Additionally, we plan to offer talks, symposiums, and prayer opportunities all of which are being deliberated and assessed at this time. A long-term desire would be the creation of an academic foundation at the Shrine in regards the life, works, and spirituality of Mother Cabrini, along with resources for future apostolic endeavors in areas of social concern, such as immigration and health care, to name just two.

My hope is to kindle a deep and abiding appreciation for the achievements of Mother Cabrini who responded immediately, selflessly, and generously to Our Lord’s invitation to serve Him in His people. Taking Pope Leo XIII’s advice to go “Not to the East; but to the West,” she immediately began serving the Italian immigrants in the United States who faced immense hardships in their new home. In 1950, Pope Pius XII named her Mater Emigrantium, Mother and Patroness of Immigrant Peoples.

It is incumbent upon all of us, all children of immigrants to these United States, and especially we Chicagoans who were gifted by her presence and her passing into eternity at Columbus Hospital in 1917, to develop and respond to God’s call to greater love of the Father, Son, and Holy Spirit. This call includes the totality of love, by demonstrating our faith and love by our deeds. We choose to reclaim the great imperative of service, especially to all immigrant people. And we begin everything in prayer, invoking our great Catholic Traditions of devotion and Holy Intercessors, especially Saint Frances Xavier Cabrini.

It is in the great joy of God’s Love that we commit to this Jubilee Year as our impetus to move outwards from merely the Shrine campus in Lincoln Park, the city of Chicago, the Archdiocese of Chicago, even the United States of America. We desire that Mother Cabrini once again be known worldwide and to light the way back to the Most Sacred Heart of Jesus, that all people know of His love for them, and they meet Him in us. As she was quoted as saying:

I will go anywhere and do anything
in order to communicate the love of Jesus
to those who do not know Him or have forgotten Him.

Please pray for the success of this Jubilee Year and keep your eyes on the website for ongoing developments and other announcements. We eagerly await the Jubilee Decree from Rome sometime (hopefully!) in September. 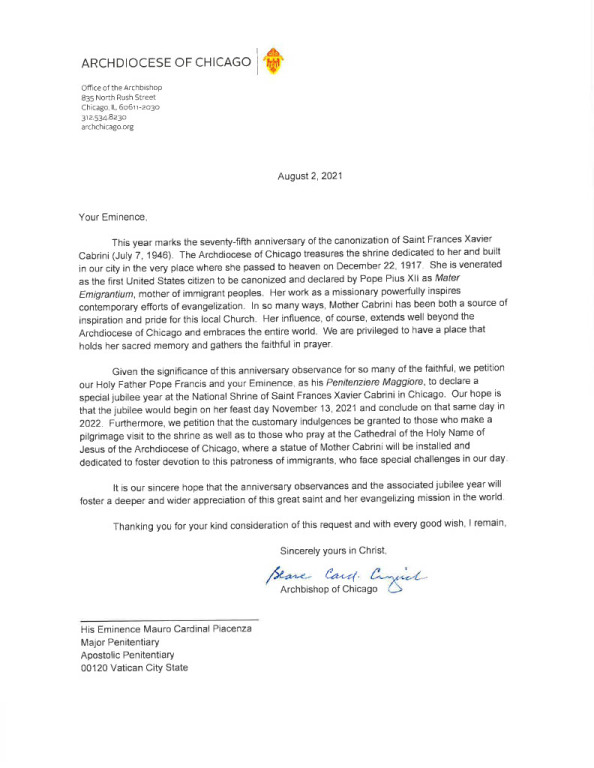